This is my post nº 22. This blog has had more than 1,100 visits up to now, in less than two months after I started writing it. Not bad!

It's time to get a bit more personal, and tell you, dear reader, what I do for a living. I am a facade engineer, or a facade specialist, or a facade consultant - it's all the same more or less. I work in Arup, a big engineering firm based in London but with offices in all continents. My desk is in Madrid, but my projects are - and have been - in many places around the world. That's of course a fantastic experience.

There are almost 300 facade engineers in Arup if we count all offices. The discipline started in London around 1985, and I think we are now the biggest facade consultant in the world. Our offices with facade dedicated teams are located in the UK, Ireland, Germany, Italy, Netherlands, Spain, Denmark, Dubai, South Africa, Australia, Singapore, China, Japan and the US. The facades team in Madrid started in 2004, and we are 10 people between architects and engineers. We have taken part in projects as interesting as the image below: the Bridge Pavillion in Zaragoza with Zaha Hadid. We have been lucky enough to work with well-known architects as Rogers, Foster, Zaha, Piano, Chipperfield, Arup Associates, or Spanish firms as Rafael de La-Hoz, Lamela, Nieto Sobejano, DL+A, MBM, Ferrater, Vidal or Cruz y Ortiz. We also work for developers, usually helping architects to develop the trickiest parts of facade designs, acting as site specialists during construction, conducting failure investigations or leading the facade refurbishment of existing buildings. Sometimes we also do systems research and development for facade contractors.

I love being a facade engineer because of the combination of skills it requires. As old Vitruvius used to say, it has a bit of firmitas (resistance, durability), a bit of utilitas (performance, confort, modularity) and a bit of venustas (proportion, colour, texture, beauty). Wasn't it the definition of architecture? Precisely. The question is that these days, because of the complexity of the building profession, one cannot be an architect and understand everything of a building in a holistic way. There are two options: either you remain a generalist and rely on teamwork for the project to achieve a global view, or  you become a specialist in one specific area of knowledge, as facades. In this case you can still have a complete understanding of your branch, combined with a minimum amount of details of the surrounding areas. Engineers have always tended to subdivide their bodies of knowledge; architects have up to now resisted such a temptation. As an architect, I think we were wrong. Someone can argue that my work is not that of an architect, but of a building engineer. I take the point: being a building engineer is a way of being an architect, just as being a civil or an electrical engineer are ways of being an engineer. 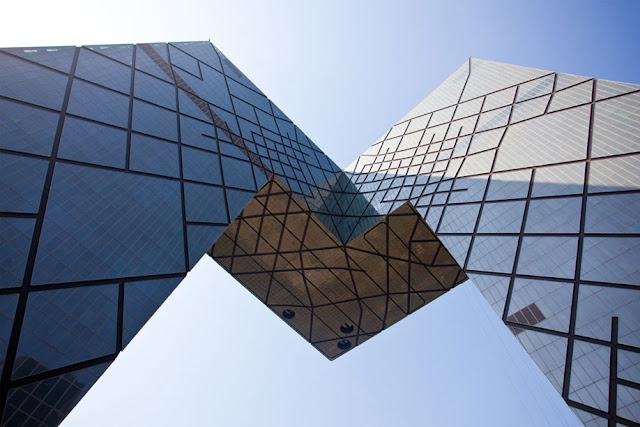 Facades are a great topic because they involve almost everything an architect did in the good old days (except plan distributions obviously), so you still feel you are in command, and your area of expertise is still very wide. In fact, I now consider myself a facade generalist rather than a facade specialist - it's becoming impossible to be a real specialist in such a wide discipline as ours!

British people love belonging to clubs. Today's equivalent to the classic clubs are professional fellowships, where Brits feel like at home with their peers. Times have changed for good, and these professional societies do welcome women and foreigners as members. Our club is of course the Society of Façade Engineering. And what is the definition of façade engineering to this honourable Society? There it goes:


“Façade engineering is the art of resolving aesthetic, environmental and structural issues to achieve the enclosure of habitable space.”

You see? There's Vitruvius again, and I swear I wasn't aware of this definition until now. Sounds good to me (and rather Brit as well). The Chairman of the Society is my friend and Arup colleague Mikkel Kragh. Mikkel is Danish as Ove Arup, our founding father, which makes him a sort of square Arupian. He is now living in Milan and leading a growing Arup Facade team there, apart from chairing the Society and doing several research and academic activities. Mikkel has written an article on the role and challenges of façade engineering, "Façade engineering and the design teams of the future". He points out that our trade is not only a business of architects and engineers, but also one for facade contractors:

The façade engineering discipline is embedded in various aspects of the work of Architects, Engineers, and Specialist Trade Contractors and we will see an increasing need for seamless collaboration and delivery of integrated systems as opposed to elements and components. We have witnessed a recent trend of design teams going from multidisciplinary to interdisciplinary, with disciplines interacting and working closer together. 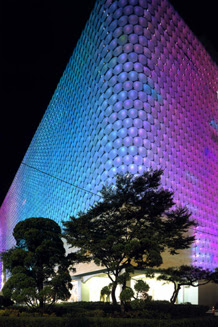 This is a really serious point: integrated systems as opposed to elements and components. The integration of different functions, not just the co-existence of independent systems as part of one skin, seems to be the strategy for the future of façade technology and design. I believe this is the way too. There is more on this matter in a paper from Tillman Klein, who leads the Façade research group at the Faculty of Architecture in Delft, "Evolution or revolution of systems in façade technology". This article is part of the book "The future envelope 1 - a multidisciplinary approach", edited by Ulrich Knaach and Tillman Klein.
But design and construction are just parts of the whole story of facades. New materials, the quest for optimum energy performance or the support for energy generation systems are requirements that meet with predominantly conventional crafts. Our role as façade engineers in every project is to lead a conversation between these diversely interested disciplines into a converging interdisciplinary team, a team that will not put one interest too much above the others. It sounds like a complex task, but the final result should be simple: as the good movies or buildings we remember long after having seen them.
Should we façade engineers expect to receive prices or accolades? Nope. By the time for the party and the distribution of medals after the opening of a building we are already hands on with the next project, where the action - and the learning - is. Our medal is to have taken an active role in designing, fabricating and building facades that stand the passing of time, perform well and mean something to people. Our medal is to have avoided failure to happen more than once. Our medal is to contribute to the delivery of better buildings that become sounding pieces of better cities.
Isn't it a great career?
Posted by Ignacio Fernández Solla at 00:17

Email ThisBlogThis!Share to TwitterShare to FacebookShare to Pinterest
Labels: general

Hello there!
Fist of all, I'd like to thank you for such an inspiration your blog has been to me. I'm also in building and construction field myself, but has been strictly in the designing part... educated and trained as an architect. I'm often fascinated by the complexity of how building envelop is built and operates. My little experience on designing and detailing building enclosure has opened my eyes and show me how much I'd love to be a part of this exciting expertise. Before I came across you blog, I often wonder how a small architect without any specific facade engineering training could be more involved. You speak my mind and at the same time answer my question on architect's role and how little control we have over building parts. You are lucky, I have to say, to be part of a great team making great buildings and I can tell you love every minute of it. I know it takes a lot more than luck to have come this far, and your blog encourages me to take a big leap myself. I'd love to hear more of your thoughts on facade engineering and other related topic. In the mean time, thanks again for making your voice heard and (indirectly) guiding mine.

Hi!
Thank you very much for this fantastic article.
What kind of softwares do you use mostly in you work?

Nice article, I myself is a facade consultant/engineer. Looking at the projects you've done gave you a sense of pride. A lot of people are nor famliar with the trade. But its us who make it happen(great looking skin of the building).

I’ll bookmark your website and take the feeds also¡KI’m happy to search out numerous useful info right here within the submit, we’d like develop extra strategies in this regard. Eminem is an American rapper and one of the most successful artists in hip-hop. As of 2020, Eminem net worth is now estimated to be $230 million.